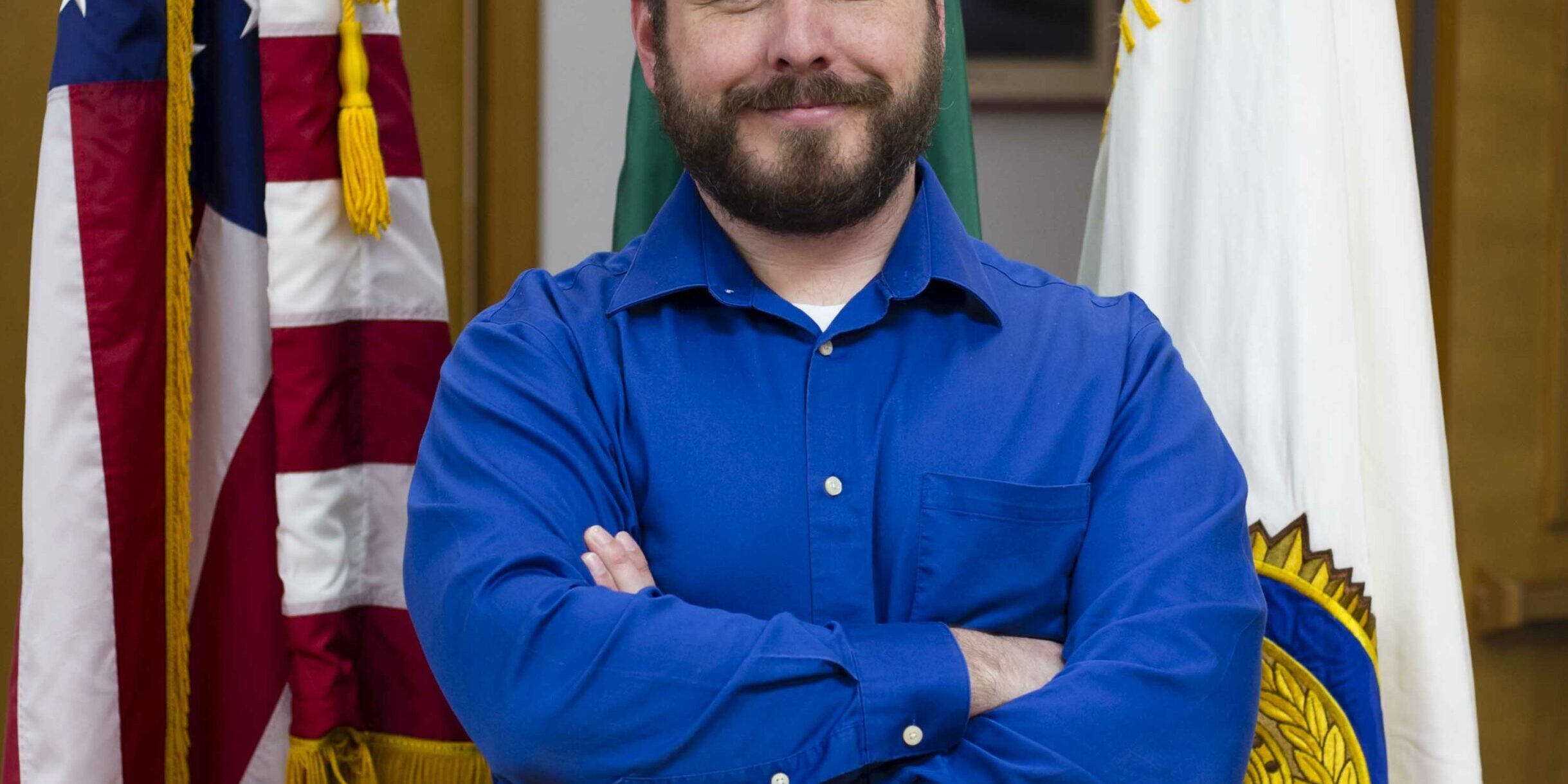 Growing up in a Navy household, Leo Gruba knew that someday he’d follow his father into the military. In his junior year of high school he did just that – enlisting in the Army and finding himself at Basic Training.

“While my friends were mopping floors at burger joints, I was the newest fledgling entry in the world’s greatest military,” Gruba said. “Many years and deployments later I realized my true reason for joining – the sacrifices I witnessed of others throughout my life needed to be honored and remembered.”

As Leo transitioned out of the military in 2015, he realized that nothing would likely ever top his Army career – but to come close, he would need help with his new life.  Combining advice from family, friends and a tip from the military during out processing, he found Goodwill’s Operation GoodJobs in Tacoma. The program offered moral support and development of employment skills that he would need to bridge into civilian life.

“Operation GoodJobs provided a network of fellow veterans that helped me to find my next ‘mission’ in life,” said Leo.  “It offered the comfort of knowing that I had friends and teammates that weren’t going to let me fail.  When things initially didn’t pan out in the corporate sector, program staff were always there to reanalyze my needs, review my resume, and help me market to employers the dedicated and determined employee that I had become thanks to military service. They helped me to bring the best of what I had to offer to an organization.”

Like many other Operation GoodJobs participants, Leo learned that the skills he took for granted in the military are valued assets in the civilian workplace, including: leadership skills, being on time, throwing everything you have at a task, and being steadfastly loyal to the team or organization.

Today, Leo is a leader in the civilian sector helping his fellow veterans through the headquarters of the American Legion Department in Washington State.  In his capacity as Adjutant, he serves in the top executive position and continues his passion for honoring and assisting others who have served.  Now every day he assists veterans with their service-connected disability claims, helps veteran families find temporary financial assistance, and raises awareness about the needs of veteran families in Washington.