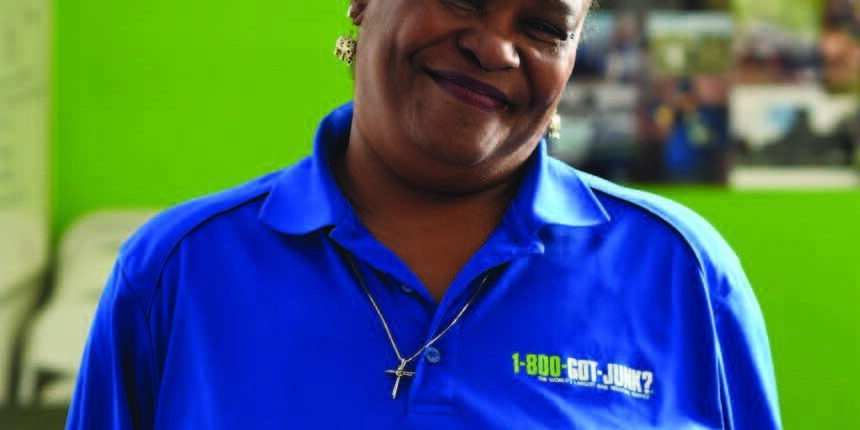 “I love my new job. I’m so thankful that Goodwill gave me the modern workforce makeover! For those who have been out of work for a long time, SCSEP is so important because you can earn a salary while you retrain and gain real employment experience!”

Eighteen years ago, Selma McCord lost her husband and as a widow faced the overwhelming task of being the family’s parent and sole wage earner for five kids.

A deeply religious person, Selma’s faith inspired her to drive on against all odds. Over the next decade she was able to support her children, but the stress of work and family took its toll, forcing Selma into a medical retirement in 2013.

Selma, however, was not one to sit voluntarily at home. After five years of recovery that included losing 100 pounds, a “new” Selma McCord emerged fit and full of energy, ready to dive back into the workforce.

But the world had changed during Selma’s recuperation. Computers and software she used for data entry at the turn of the century had been replaced by new programs such as Excel, Word and other applications. Selma’s skills had become obsolete.

Then a friend mentioned a special Goodwill program in Tacoma for people in Selma’s exact situation – the Senior Community Service Employment Program (SCSEP). The team of professionals who manage SCSEP are committed to excellence and this pursuit is matched by participants like Selma.

At Goodwill’s Milgard Work Opportunity Center, staff helped Selma create a game plan for her future, beginning with Courage 360, a program designed to “turn life around.” In the program, Selma learned current computer software and skills, office etiquette and attire, and all the important work fundamentals needed for successful employment.

After two years with LASA, Selma left in 2019 for a job with increased responsibilities handling accounting, scheduling, and other administrative duties with 1-800-GOTJUNK!

Jessica’s Success Story
May 16, 2020
Career Pathways
Learn more about our programs and services!